A new program called “Airbnb-friendly apartments”literally, apartments suitable for Airbnb, lists rental properties that can be easily converted into Airbnb accommodations. It aims to facilitate the process of renting real estate, so that they are offered to customers of the platform. At the moment the service is only available in 25 cities across the United States – including Austin, Los Angeles, Miami and Tampa.

The implementation of this program aims to rebalance the balance between supply and demand. Indeed, fewer and fewer properties are being rented out on the platform. The number of rentals in the United States decreased by almost 5% in October 2022 compared to 2019 figures. This is partly due to the regulatory constraints that weigh on tenants. 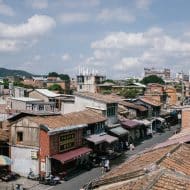 Many disputes between tenants and property owners damaged Airbnb’s reputation worldwide. They have led to changes in legislation which may differ from country to country. In Paris, a tenant must obtain the agreement of his landlord before putting a property for rent on the platform, under penalty of a heavy fine. In the United States, the regulations are all the more complex as they can change depending on the State concerned, which contributes to the generalized confusion.

However, according to a study conducted by the company of Brian Chesky, CEO of Airbnb, nearly three-quarters of American adults support the idea of ​​allowing renters to share their apartment on a short-term basis. Faced with this observation, Airbnb has therefore set up this new system of connection between individuals looking for an apartment to offer on Airbnb and owners who have previously shared their agreement so that future occupants can rent their accommodation. In return, they receive a commission of between 20 and 25% of the revenue generated by the host.

The introduction of this program is not unanimous. Lauren Leffer, journalist at Gizmodobelieves that this system is a modern version of the “feudalism”, or an exchange of services: land for a right of residence and exploitation. But Airbnb’s expansion poses above all a problem of rent inflation, commonly known as the “Airbnb Effect”. Two American researchers demonstrated that every 1% increase in the number of Airbnb listings in a given location leads to a corresponding 0.018% increase in rental prices. The coming months will show if this bet is successful, but it is not likely to improve the real estate inflation aggravated by Airbnb.