In California, lawmakers have been working on a bill that will require California employers recruiting within the state to be more transparent. The text which was adopted at the beginning of September obliges the systematic display of salary ranges on all job offers. The aim is to encourage greater salary equity. However, the governor of California, Gavin Newsom, has until September 30 to sign the text or oppose it.

The bill, titled SB 1162, was published September 2 on the official website California legislative information. He forces ” a company with 15 or more employees to include the salary range of a position in the announcement of a job offer “. Moreover, all the companies that matter more than 100 employees will also have to publish salary data reports which indicate differences in wages and working hours between genders and minorities. 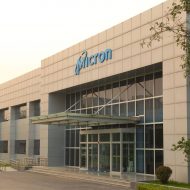 The objective of this approach, in addition to requiring better transparency on the part of employers, is to reduce inequalities in the world of work, particularly for positions with equivalent responsibilities. This is not the first time that a US state has passed such a law. In 2019, the Colorado has already set up the Equal Pay for Equal Work Actthe law for equal pay for equal work.

Read Also:   Airbnb helps you rent a property... to put it up for rent on its platform

Companies try to circumvent this type of law

However, it should be noted that these laws only apply within the states where they were adopted. Companies, which vigorously oppose it, tend to advertise their jobs only in other US states to circumvent the law.

Washington State and new York City also have similar texts which should enter into force by the end of the year. If California, the most populous state in the United States, is added to the list, it will mean that more than a quarter of the American population will depend on these same requirements on the display of wages. Companies will then find themselves in a delicate position in the face of the large numbers of people concerned.

This desire for greater pay transparency has also found an echo in France. The French subsidiary of the Indeed ad site explained to BFM TV beginning of September that it would ask employers to post salary ranges on offers. If they don’t, the site will publish an amount that he considers corresponds to the offer. Companies will have full freedom to change the salary displayed if it does not correspond to reality.