In a recent statement, the Los Angeles Unified School District (LAUSD) confirmed have been hit by a ransomware attack. According to the management of the Los Angeles school district, the incident is likely to cause technical disruptions in the coming days.

The Los Angeles School District is the second largest school district in the United States, after New York City. It accommodates more than 600,000 students, K-12, in more than 1,000 schools, and employs more than 26,000 teachers. This is not a small neighborhood school. On Monday, September 5, 2022, the district said it was hit by a cyberattack over the weekend. The management later clarified that it is ransomware: the hackers are demanding a ransom. The Los Angeles Unified School District is the fiftieth entity of the education sector to be hit by ransomware this year alone. 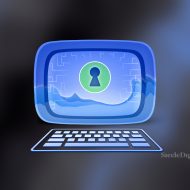 The cyberattack caused “ major disturbances to the school district’s IT infrastructure. This did not prevent the establishment of resume classes on Tuesday. The Los Angeles Unified School District assures that the attack should not have consequences on transport, nor on the catering system or even on extra-curricular programs. On the other hand, the Los Angeles school district specifies that there is a risk of disruption at the level of access to e-mailcomputer systems and applications.

Read Also:   Airbnb helps you rent a property... to put it up for rent on its platform

The FBI and CISA are on the case

A post from Northridge Academy High, a school in the district, confirmed that teachers and students likely won’t be able to access Google Drive. The ransomware also did not impact the security and emergency systems in place in the schools. The Los Angeles School District did not specify whether any data was stolen during the attack. This is usually the case when an entity falls victim to ransomware. This technique makes it possible to demand the payment of a ransom. If the victim refuses to pay, the hackers threaten to disclose the stolen data.

The Los Angeles Unified School District has reported the incident to authorities and is currently working with law enforcement and local federal agencies. to conduct an investigation. In his Press releasethe Los Angeles School District clarifies that “ the White House has brought together the Department of Education, the FBI and the Cybersecurity and Infrastructure Security Agency (CISA), to help us “. A working group has been created to review the situation each month and provide cybersecurity training to employees.