First deliveries for the Tesla Semi

This is an important step for Tesla. A turning point that marks the expansion of the automaker beyond vehicles intended for the general public. The Tesla Semi, originally slated for release in 2019, is the first electric truck model made by Tesla. On the occasion of this historic delivery, Elon Musk drove a Tesla Semi to mark the occasion in the Reno, Nevada area, where Tesla produces the truck. He stated that “ if you are a truck driver and want the badass truck on the road this is the one “. 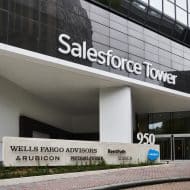 Bret Taylor steps down as co-director of Salesforce

From a more strategic point of view, he called the truck ” essential piece of the puzzle that is Tesla’s mission, which is accelerate the transition to more sustainable mobility, noting that heavy goods vehicles account for a significant share of CO2 emissions. The Tesla founder presented this concept in 2017. At the time, Tesla was struggling to mass-produce the Model 3. The American manufacturer’s delay did not prevent the company from obtaining many reservations. Several companies such as Anheuser-Busch, Pepsi, Walmart and UPS have reserved their electric trucks.

The Tesla Semi has a range of 800 kilometers. It will therefore be on Californian roads in a few days. Here are some of those features: This electric truck can accelerate from 0 to 100 km/h in 20 seconds, even when fully charged. It can also maintain sustained speeds, “ even on steep slopes “. The company assures that drivers will be able to recharge up to 70% of its autonomy in just 30 minutes. The cost of the vehicle has not yet been disclosed. It is also difficult to say how many trucks were delivered to Pepsi.

Read Also:   IBM will in turn proceed with a wave of layoffs

A company spokesperson said Pepsi is expected to receive 15 trucks and have them installed at a plant in Modesto, Calif., by the end of the year. The company declined to comment the cost of the Tesla Semi. This good news did not prevent the group’s share price from falling… Tesla’s share price lost 45% of its value. The company is grappling with increased competition, regulatory scrutiny and dealing with investor unease over Elon Musk’s acquisition of Twitter.