The implementation of the very first factory of the Taiwan Semiconductor Manufacturing Company (TSMC) in the United States will soon be finalized. Intended to meet domestic demand, mainly from Apple, the production site, which will open in 2024was originally intended to produce only semiconductors of 5nm.

This is a recent article by Bloomberg which revealed that the Taiwanese company eventually plans to manufacture 4nm semiconductors. The formalization of the change should be effective next Tuesday, during the on-site visit of the US President Joe Bidenalong with Tim Cook, CEO of Apple, Jensen Huang, CEO of Nvidia and Lisa SU, CEO of AMD. 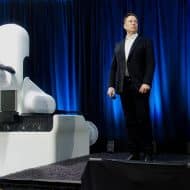 The subsidies promised by the government of Joe Biden, through the enactment of the Chips Act, encouraged TSMC to choose this country to develop its business outside of Asia. Indeed, this law allows the unblocking of an envelope of 52 billion dollars to support the semiconductor industry and relocate local production.

Tim Cook’s business will be the main beneficiary of US production of 4nm semiconductors by TSMC. The privileged relationship between the Taiwanese manufacturer and the Cupertino company is likely to last.

While the vast majority of apple products use chips from 5nmApple wants to gradually reduce the size of the latter for all the references in its range. The iPhone 14 Prothe latest product to hit the global market, features an A16 processor, engraved in 4 nm.

Read Also:   Intel signs its fourth quarter of losses in a row

TSMC maintains a strong position in the global semiconductor market while currying favor with Washington. A second phase of production is already planned in order to develop 3 nm semiconductors, even more efficient. A second factory should see the light of day in Arizona. Other plant openings outside Asia are likely, even as Europe is seeking to entice TSMC with its own dedicated semiconductor aid package.